From the beginning, I was told that Delta Gamma is a close-knit yet far-reaching community of like-minded women.

As a collegiate member of Delta Iota chapter, I began to see that this was a very true statement, meeting Delta Gamma women almost everywhere I went in the United States.

Through these experiences I grew to know the strength of Delta Gamma, but it was not until this past school year that I understood how easy it is to find and connect with like-minded Delta Gamma women.

I am currently studying abroad on a program called Semester at Sea. Each voyage has a group page on Facebook , which is used for communication amongst students. One student posted a question asking about Greek life affiliations . I proudly shared my Delta Gamma affiliation and was amazed when my comment got several likes in quick succession. I learned that these women were active Delta Gammas across the nation. I began talking with one girl named Anna, from the chapter at UConn. We agreed to meet in London and spend the first few days together before the voyage departed. Although I had never met Anna, I could trust that because she is a Delta Gamma that we would get along- and we have! We had great fun seeing Big Ben, riding the London Eye and seeing many other sights in London. In fact, as I sit here on the deck writing this blog, Anna is siting next to me working on homework for one of her classes. 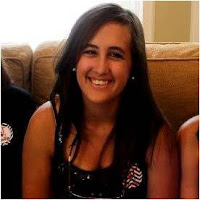 I know there are many more Delta Gammas on the ship and I have been fortunate to run into and have conversations with many of them. It is a great comfort knowing that on this grand of an adventure, that I am surrounded by like-minded Delta Gamma women. Delta Gamma is truly forever, everywhere, and always.

Morgan Kemper, Delta Iota- University of Georgia, is a junior double majoring in Social Work and Sociology.  She is currently pursuing her passions for travel and understanding new cultures by studying abroad with Semester at Sea. She can be reached at morgan.kemper.fa13@semesteratsea.org
Posted by Hannah at 2:28 PM No comments:

The Importance of Breaking the Silence

After finishing my junior year in college, I went out to celebrate with my best friend. A night out on the town quickly changed when my friends had to report me missing. After several hours I was found partially naked, assaulted and raped. I then went through a rollercoaster of emotions learning and transforming from a victim to a survivor.

I turned to the internet for information where I learned the alarming statistic of 1 in 5 women will be sexually assaulted during college. Reading the statistic I knew I needed to share my story to bring awareness. 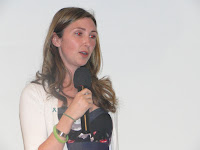 The first time I publicly told my story was on my campus at Take Back the Night. The room was packed with students. After sharing my story, it was the first time I truly understood the importance of breaking the silence. A young woman came up to me after I had spoke, tears rolling down her face and all she said was “Thank you.” Still to this day I don’t know who she was but I knew in that moment I had to continue to share my story with both men and women across the world. 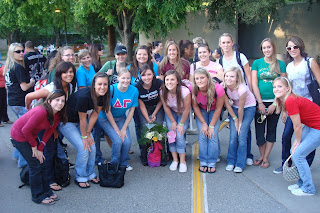 This was a horrific incident that happened to me but I believe it happened for a reason. This incident gave me a new passion in life. I share my story because I see how it connects people, it lets victims know they are not alone and it’s not their fault and it empowers bystanders to step up to prevent sexual violence.

Almost five years after my sexual assault, on April 1st, 2013 I launched my website telling my story to the world. It was one of the scariest things I have ever done in my life. 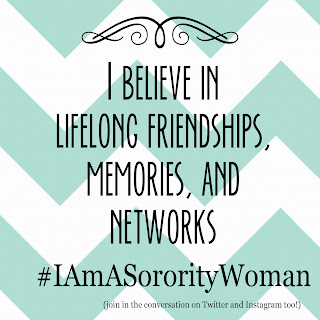 I Believe in being positive and encouragement. I Believe in guiding people to reach their highest potential. 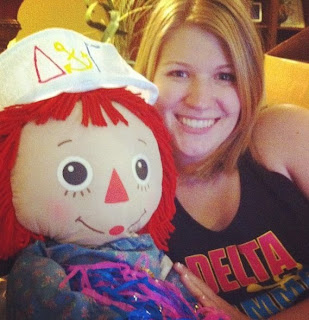 Shelby Bounds, Delta Zeta-Memphis was recently  voted by her sisters to attend a UIFI session. During the session, she created the above "I Believe" statements. They are statements in which she fully believes in.
Posted by Hannah at 2:52 PM No comments:

Carly Speaks: Taking A Bite Out of the Big Apple "Give My Regards to Broadway" 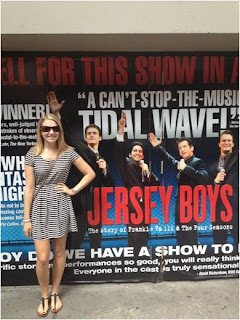 A New York City icon is without a doubt Broadway. The term refers to both the street itself and also the plays and musicals that take place in the Theater District (yes, Broadway runs right through it). I remember the very first time I came to New York City at the ripe age of 13, I saw my first two Broadway shows: Hairspray and Chicago. I immediately fell in love with Hairspray; I purchased the original cast's recording of all the songs and even bought the musical's poster. For weeks I would listen to the music and after a while I knew all the words to every song. After seeing Hairspray I knew I had a newfound love for Broadway.

Since moving to New York, I hadn't taken advantage of the fact that the Theater District is a few blocks from my office until a few weeks ago. My mom has been in town for a while and we decided we wanted to see Jersey Boys. I had heard amazing reviews from every person I talked to who had seen it and we were able to get great seats at an even better price. We sat in the front row of the mezzanine and had an unobstructed view of the entire production. The show retells the story of Frankie Valli and the Four Seasons and how they rose to fame. From start to finish Jersey Boys was entertaining. I especially loved the authenticity in their Jersey accents. But the one thing that made this show spectacular was John Lloyd Young starring as Frankie Valli. Young's voice was incredibly similar to the real Frankie Valli and the first time he came out on stage and sang, I got chills. The great part about the show was that even though I wasn't alive during the time the Four Seasons were at their peak, I still knew most of the songs. I would highly recommend Jersey Boys to anyone who is a lover of good music and all around amazing time. 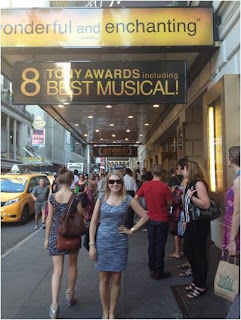 For some unknown reason, my mom and I decided to see another show a few days after seeing Jersey Boys. My boss had recommended I see Once, which was previously a movie (which I had no idea before he mentioned it) and he also mentioned that the main song, Falling Slowly, is really popular. Intrigued, my mom and I bought tickets and took a leap of faith to see yet another Tony award winning show. I can say without hesitation that Once is by far my favorite Broadway show I've ever seen. I am still listening to the soundtrack over and over again. Once is a story about a guy who is trying to make it big with his music, but he is missing something. Enters girl (the characters don't have names!) and she becomes his advocate and champion. The most amazing part about this musical is that there are only 10 people in the cast and they play their own music live on stage; there isn't an orchestra whatsoever! The entire show I was mesmerized by the beautiful music and pure voices of the cast. If music along the lines of Jack Johnson or John Mayer strikes a chord in your life, seeing Once needs to be on your bucket list.

I'm still in disbelief that I have (hypothetically) unlimited access  to some of the best entertainment in the world. Broadway helps define New York City, and I'm lucky enough to call this place my home.
Posted by Hannah at 9:33 AM No comments: